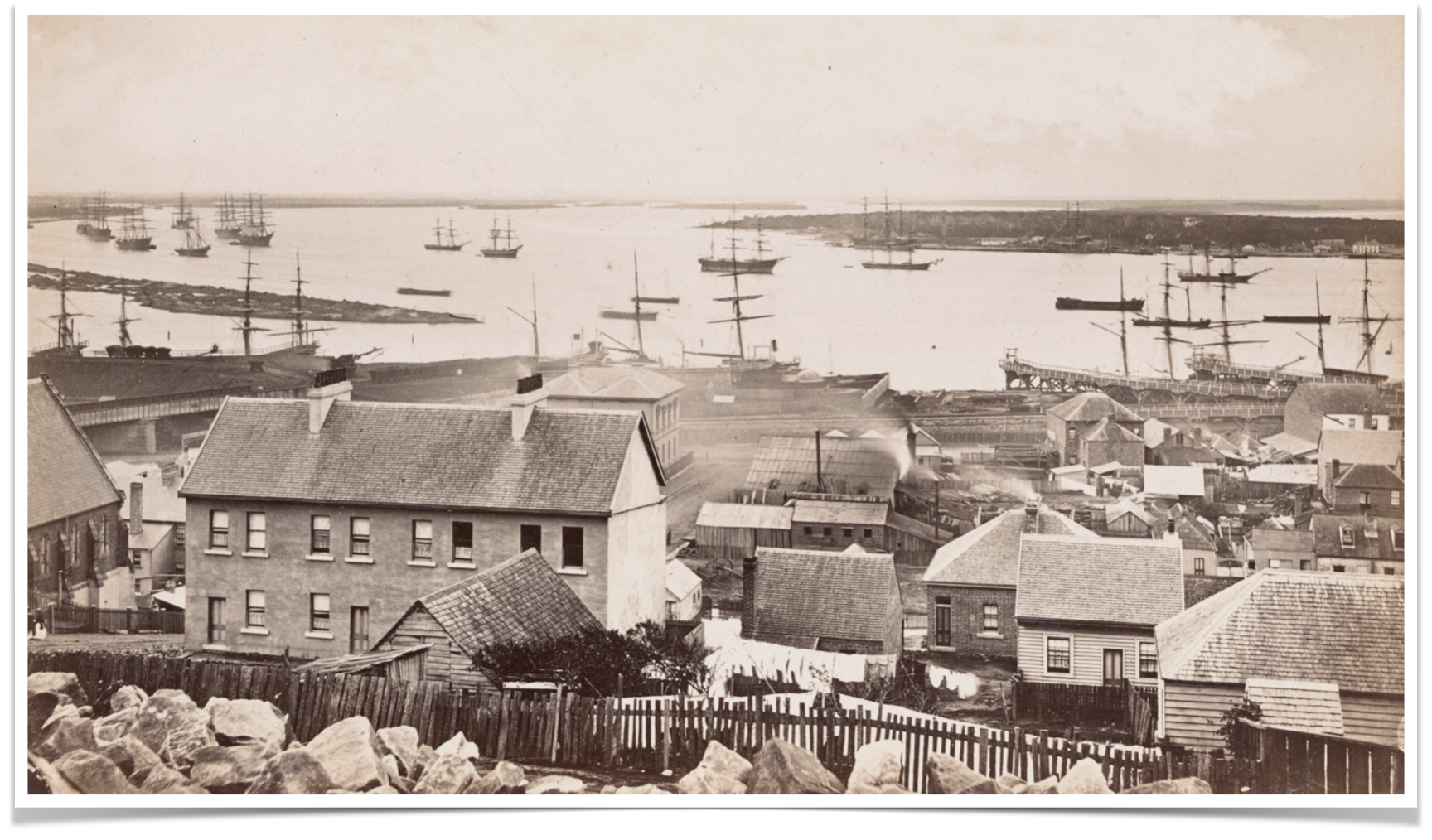 In my last blog post I explained how as the banding community is currently stood down whilst the virus pandemic has created mayhem I had looked to other ways to explore the sheet music in our collection and, on the advice of Mr Tim, our local music shop owner, turned to music software for help – and how we started with a piano march by Tom Bulch.

This time, buoyed by ‘success’ (after a fashion), I have opted to explore a march for full band. We have quite a few pieces now I could have chosen but I was drawn to one by Tom Bulch which is a contest march entitled “Newcastle”.

Okay – this is where I have to confess to a modicum of stupidity in that when I first saw the march title back in my early days of research I immediately recalled the city of Newcastle close to Tom’s birthplace in New Shildon. I figured it might have been an Australian created piece reminiscent of his home region in Britain. It was Tom’s grandson, Eric, that corrected my thinking by drawing attention to the Newcastle in New South Wales. He’s been researching his grandfather for much of his lifetime so I know better than to doubt it – though if I had there is documented evidence that the piece was created to honour Wm Barkel, one of the best respected bandmasters in Australia when Tom first arrived. He was of course the bandmaster of bands in Newcastle, New South Wales.

For anyone who’s not been there (or not been there during the 1890s) the image attached to this blog post is of that port city towards the end of the nineteenth century. As with its British counterpart it is a coastal port city, though nowadays it has caught up with, and overtaken, the original Newcastle in terms of population size

That said – my initial supposition is not entirely unconnected to the story of Tom Bulch in that the Newcastle in the nort-east of England was the place where we see one of the first documented cases of Tom’s tasting band contset success as the young bandmaster of the New Shildon Temperance Band. That occasion was a Temperance Festival held on the city’s Town Moor at which the judge was the highly respected military bandmaster Charles Godfrey. On that day Tom’s band took away the second prize in a strong and competitive field. It was most likely one of Tom’s formative confidence building experiences.

So, to me, even if this was never intended by the composer, the contest march “Newcastle” has this dual identity – and it’s always made me want to hear it played. Which made it a good choice for a few hours transcribing in Sibelius.

Now then, the aforementioned Mr Tim, the music shop owner that recommended I resort to Sibelius, did warn me that transcribing a piano piece is one thing, but a full band score is a little more demanding in terms of time. he wasn’t wrong. This took me the best part of a day – though in short bursts here and there between work and other responsibilities. The piece made me ‘wait’ for it.

Once assembled the result was really quite rewarding. The software does seem to have a few limitations when it comes to full band arrangements, unless, as is possible, I am just not fully understanding it. Though it came well supplied with some high quality sampled instriment sounds it seems that with the Soprano Cornet part in particular Tom Bulch and the makers of Sibelius had a slight difference of opinion as to how low a note the Sop Cornet player ought to be playing. Hence there are a few notes in places where the sound of a cornet is briefly substituted by a far less attractive reedy sound for a few notes before coming back together.

That said, the end result is still really quite good even if not a patch on what it would sound like if played by a top notch band.

Though a contest march, the piece is not as complex as a British band might expect of such from the day – though I always stress that even by the time this march was created in the 1890s band contesting had diverged culturally between Britain and Australia with a march contest ‘down under’ placing far more emphasis on the marching, discipline and appearance of the band than complexity of the piece. What I think I am saying is not to dismiss the piece simply because fingers aren’t being required to go ‘ten to the dozen’

Apart from that – take a few moments to sit back and enjoy “Newcastle” – whether you prefer to think of ‘this one’ or ‘the other one’.

PS: I now have a full band score for it, of course, if any bands out there want a copy. A useful side effect of the experiment.