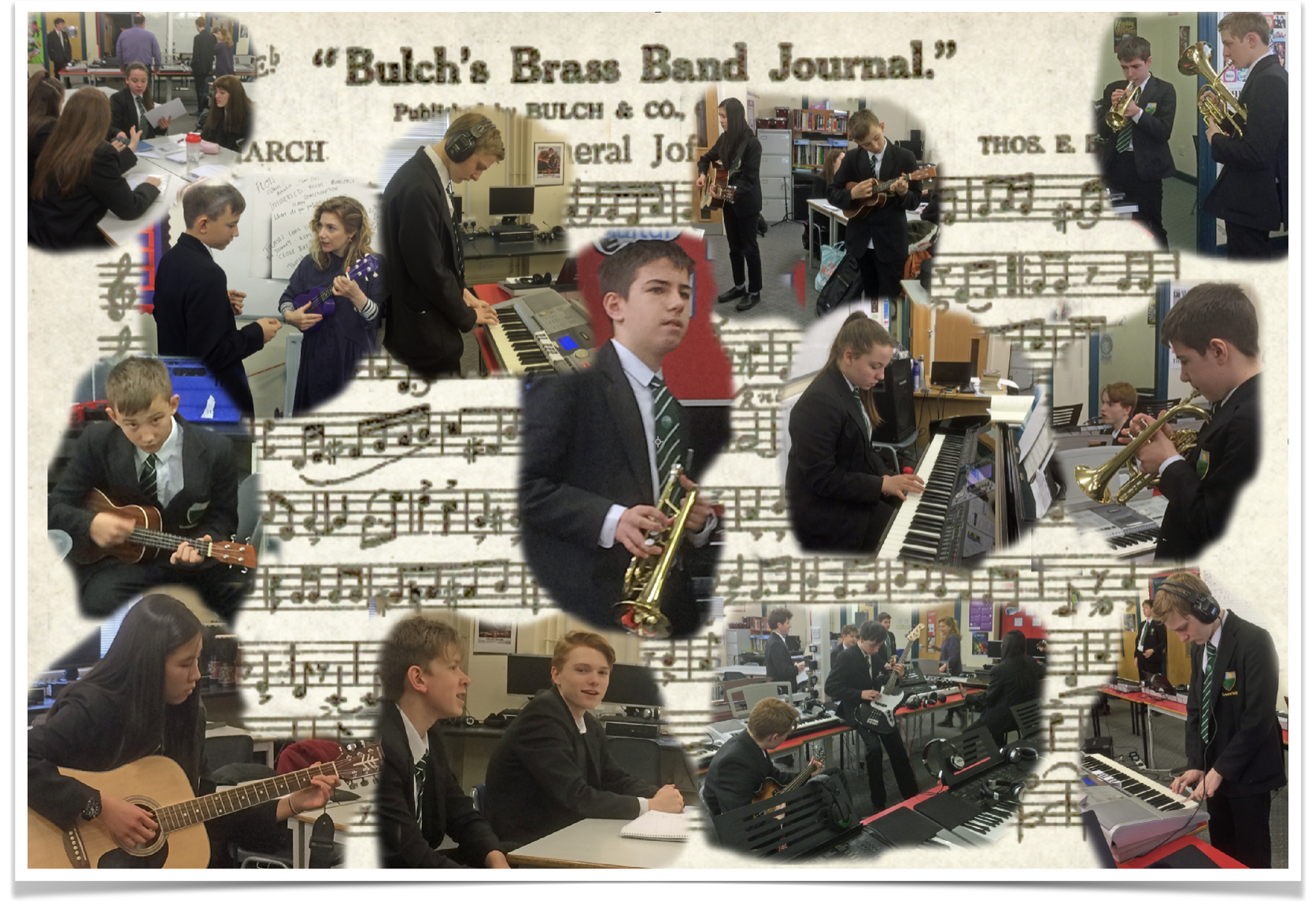 It was almost a year ago that the Friends of the Wizard and the Typhoon started work on a project, called Project Homecoming, with the young people of Greenfield Academy school with support funding from Northern Heartlands, a Great Place Scheme. That project involved engaging experience arts facilitatators to help the young people explore the stories of George Allan and Tom Bulch and seek to understand what the experiences of these two might tell them about the possibilities in their own lives.

As very young people, and as young men, George and Tom took in a musical education and chose different ways to use what they learned to improve their own prospects. Their lives turned out to be about as different as any two people might experience at that time, due to the choices they made – and yet things worked out well for both.

In a previous post we told you about how experienced print artist Theresa Easton spent a number of sessions with the young people at Greenfield Academy giving them new printing skills which they put to work to great effect producing ‘zines’ influenced by the stories of George and Tom. In a second thread of the project we, through project manager Alison Lister, engaged the services of Ellizabeth Corney, a Newcastle based singer/songwriter and music educator with experience in folk/pop through her involvement with the Cornished Sisters.

Elizabeth brought young people at the school together to again explore the story of Tom and George and to use the inspiration they gained from the story to create for themselves a song with music that reflected their impression of what they had learned.

As George and Tom were both most associated with brass music you would expect that this heritage focused project would concentrate on producing something ‘brassy’. We expanded the scope, though, to include other instruments that gave the young people the most inspiration (and were available at the school).

What ensued was a guided, but truly collaborative song writing session, with the expectation being that the young people would record what they created with the intention of adding that to their creative pack with the printing art etc, and each would recieve a copy.

Alas that is where the Covid pandemic kicked in – leaving the conclusion of the project in jeopardy. And that’s where we are right now – still trying to finish the project properly, which is going to require some things that have not been permitted since the anti-virus restrictions began. It’s hopefully not the end – we in the Friends of the Wizard and Typhoon would love to hear what the young people were inspired to produce – but it seems that for now we will have to wait for this unfinished symphony.

If I’d add anything at this point it is that adversity is part of life, and that was true for Tom and George as it is for us and the young people of Shildon today. Tom lost a child, and saw another fall in the great war of 1914-18, and he also personally lost his business through a fire and went on to experience insolvency not once but twice. George too experienced darker moments, such as when he lost his wife during the first great national rail strike of 1911 and the suicide of his brother Ralph before that. These tragedies, like the virus pandemic, pass – and we learn from them, and get a greater sense of what is important about life. We really hope to conclude Project Homecoming, but if we don’t we will focus on what is most important. In the meantime we will update readers on whatever progress we make.