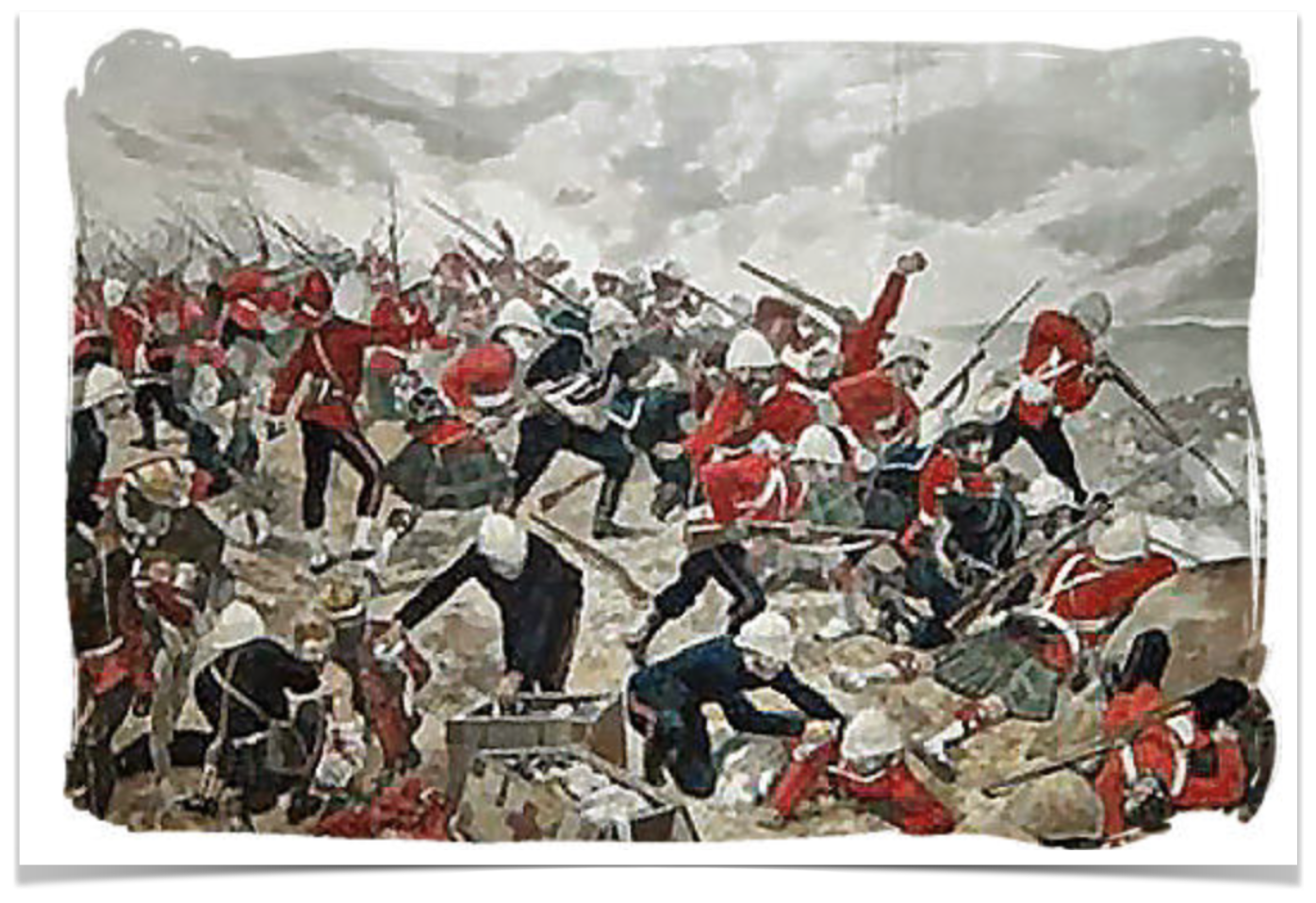 In this post we’re exploring a song rather than a piece of band music. It’s entitled “Remember Majuba” and comprises of lyrics by Howard C Coghlan with music composed by Henri Laski (a.k.a. Thomas Edward Bulch of course)

This song was published in 1899, by Tom Bulch’s own music publishing company, which at this particular time was operating under the name of E Bulch; that being Tom’s wife Eliza. We think this may have become necessary for a while on account of Tom’s own money troubles, having become insolvent in June 1897.

What’s pertinent about the time of publishing of this song is that the 11th October 1899 saw the outbreak of the Second Boer War in South Africa. This was a conflict between the British Empire and the Boer states of the Transvaal and the Orange Free State. This song is very much a reaction to the outbreak of that war.

Majuba Hill is a geographic feature near Volksrust in what is now South Africa, but in February 1881 it was the site of what was then perceived to have been one of the British Empire’s most embarrassing military defeats. “Remember Majuba,” as a song, is effectively saying – we in the British Empire remember this episode and will have our revenge!

Why was that particular battle so notorious? There had been 405 British soldiers of the 58th Regiment and the 92nd Gordon Highlanders on the hill, along with a small naval brigade from HMS Dido. These were all under the command of General Colley. The hill came under attack from around 450 Boer soldiers broken into storming parties. The Boers were perceived to be better marksmen equipped with better rifles and avoiding close combat they picked off the British soldiers one by one until discipline in the British ranks began to crumble and men began deserting their posts. A retreat down the slopes of Majuba was attempted but in doing so General Colley was shot and killed, and the Boer marksmen formed a line on the summit ridge picking off more of the panicking British soldiers. 285 men were killed captured or wounded.

Among those that got away from the battle, some reported that they had observed that the Boer force that day was comprised mainly of young farm boys, with only a few experiences solders among their ranks. It was a major blow to the prestige of Britain’s professional fighting force; and ultimately led to the signing of the Pretoria Convention treaty that ended the war.

Why write a song about that, you might ask? I suppose the point was that times had moved on and the lyricist was making the point that, looking at a whole new such war in that territory, there would be no repeat of that embarrassing incident. The lyrics run thus:

If you’d like to try to sing along, you can hear the music right here. Not being much of a singer I have added the vocal melody as a cornet part for you to follow.

Well, they don’t write songs like that anymore do they? You can tell it’s very much of its era.

We know for sure that Tom Bulch was Henri Laski, the composer, for we have seen a good many news articles that confirm it, and we know he started to adopt that name in around 1892. The theme and nature of this piece of music is something of a departure from the usual romantic pieces such as waltzes that Tom created under the Laski pseudonym. What, though, of the lyricist Howard C Coghlan – was that another name Tom Bulch used?

A little research on our part uncovered that Howard Coghlan was a real person in his own right. He wasn’t born an Australian, but an Irishman – the son of one John Cole Coghlan, a chaplain in the household of the Lord Lieutenant and rector of Mourne Abbey, near mallow in County Cork. Of course at that time the whole of Ireland was part of the United Kingdom, as the Republic of Ireland was not formed until 1919.

John Cole Coghlan, and his wife Mary, had four children, all of which bore the middle name Cole, making it a little easier to find out about them and trace what happened. Howard was born in 1863 making him very much of a similar age to Tom Bulch. The others were Whateley Cole Coghlan, Lucy Lovett Cole Coghlan and Phyllis Jane Cole Coghlan.

John, the father, did not remain in Ireland – he was later appointed by Queen Victoria to the household at Windsor, and died in England. Howard, however, saw his future somewhere entirely different and emigrated to Australia, settling initially in the Melbourne area. Here he set up a career as a journalist writing for publications such as The Australian Worker and as an editor for The Champion, a paper founded by H H Champion who was an advocate of the claims of Australian labourers, but who did not support the principle of ‘striking’ to resolve disputes.

Writing lyrics for songs was something of a sideline for him, but one for which he became quite well known. Some of the other songs he created, with the help of a number of musicians who composed accompaniment, included “The Stout Strong Hearts of Old,” “The Gateway,” “Queen of the Long Ago,” “Coo-ee” and “With the Tide.”

Coghlan also became president of the Writers and Artists Union in Australia. He was also a resident of the Brunswick district of Melbourne at around the time Thomas Bulch was living in nearby North Carlton. For a while they both lived on Stewart Street in Brunswick, with the Coghlans, Howard and Clara, being at number 214 and the Bulch family being at number 127. It seems that proximity would have given them plenty of time to collaborate though we’ve not seen other pieces they worked on together.

By 1910, Howard Cole Coghlan had left Melbourne, moving to “Dundas”, Murray Street, Waverley, Sydney; and of course Tom and his family left the Melbourne area long before that. So it seems, on the face of it, that this was a brief songwriting partnership.

Tom Bulch’s grandson, Eric Tomkins, looked up what happened to Howard Cole Coghlan after that, and according to a notice listed in the Ryerson Index he died in Sydney on the 27th May 1915. He was only 51. he was buried at Sydney’s Rookwood Cemetery.