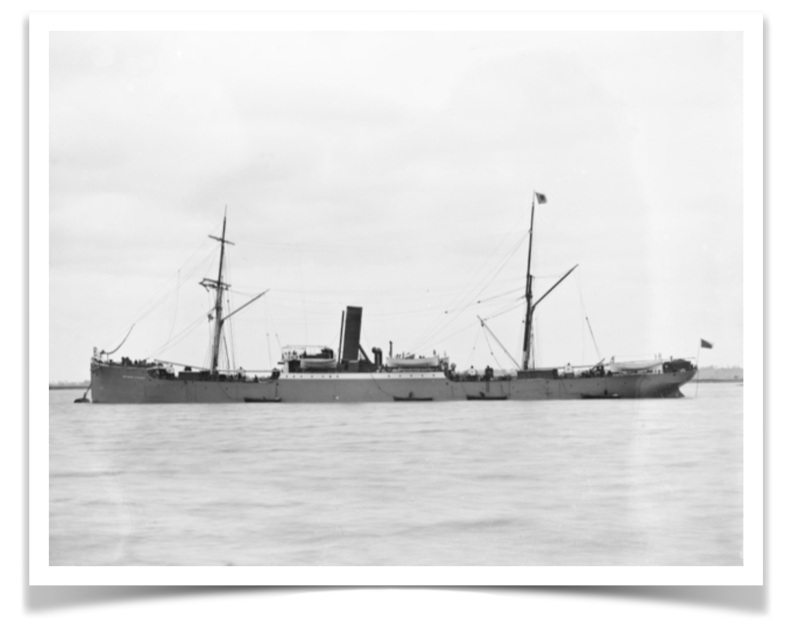 We’re very happy to have made a further update to the website already to provide a small potted story of The Wizard (George Allan) and The Typhoon (T. E. Bulch) based upon our initial research. There is so very much much more to tell, so please don’t feel that this is ‘it’ – it’s just an outline to introduce anyone a little to the two people that these men were. I tell as much about the people and their background here as the music itself.

I have to confess that in telling this outline story of T. E. Bulch, we owe an enormous debt of gratitude to his grandson Eric Stanley Tomkins, whose excellent and diligently researched family history outlines a great deal of what there is to be known about Thomas Bulch. Eric is a lovely gentleman and I’m certain his grandfather, whom he met during his youth, would be extremely proud of him.

Our challenge, as regards Thomas Bulch, through our projects will be to provide a musical testimony to accompany the facts about his life, and it will be so lovely to revive his music. We have a great idea of which are the popular pieces from the time from the frequency with which they are mentioned as having been played in the reports of concert programmes from the Australian press of the day. We aim to produce things that we can show and share so that you can all get an appreciation of what Thomas brought, from New Shildon, and the influence of his own grandfather, to the brass band scene in Australia.

Our challenge for George Allan will be to find out more about the man himself, to match the detail that is available regarding Thomas Bulch. George’s family seems to have petered out somewhat (unless anyone out there knows differently), though the evidence will be out there in dusty boxes and shelves. Eventually we hope to have a broad network to help us seek it out. In addition we shall seek to reveal some of the ‘forgotten gems’ from his repertoire. We’ll look for and explore those pieces to see if there are others to match the might of those that are still well known and played.

It’s going to be a wonderful journey, we hope you’ll enjoy it as much as we will.

2 Replies on “Introducing ‘The Wizard’ and ‘The Typhoon””